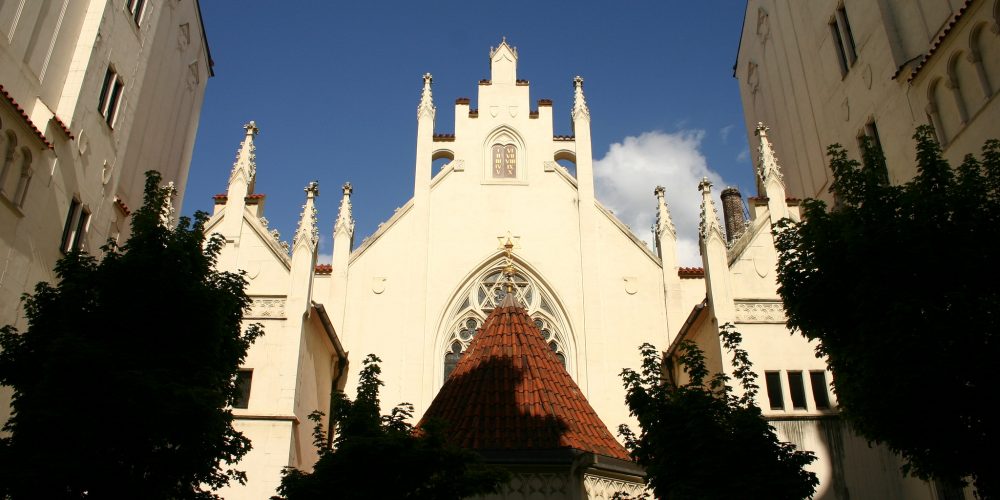 Unveil the stories of the Jewish Ghetto in Prague!

Few European cities can boast a better preserved Jewish Ghetto than Prague. Six synagogues, a Jewish Town Hall, magical cemetery and the unique genius loci make Josefov in Prague a place which you should certainly not leave out when you are wandering around the “Golden City”. Get to know the unsettled history of the Prague Jews, their architecture, traditions, customs and stories, which rank among some of the most tragic of the 20th century.

Paradoxically, the Jewish Town has Adolf Hitler to thank for its well-preserved condition. It was the Nazi leader himself who decided to establish the “Museum of an Extinct Race” in Prague. Thanks to this, valuables from the occupied countries were gathered in this area and the largest collection of Jewish items in Europe was created here. Nowadays, Josefov is again a lively place with a good-sized Jewish community. Visiting it will provide you with an insight into another piece of the mosaic of the development of Prague, “City of a Hundred Spires”.

The place where Golem rests

As soon as you walk down luxurious Pařížská Street, you will find yourself in front of the imposing frontage of the Old New Synagogue. Make sure to take a tour of it. Not only is it the oldest preserved synagogue in the whole of Europe, but its magical interior also hides many a point of interest. According to one of the legends, this is the resting place of the legendary Golem – the predecessor of Frankenstein’s monster, which was brimming over with great strength and which was the subject of interest of many kings and emperors.

You will find a silent memorial to the victims of the holocaust in the Pinkas Synagogue. Its walls hold the longest epitaph in the world, which lists the names of those who died in the Nazi concentration camps. You will also find wonderful examples of Jewish architecture in the Maisel, Klaus and above all Spanish Synagogue, whose interior will astound you with its wonderful golden decoration. Not far from the Old New Synagogue, you can also see the Jewish Town Hall with its picturesque little tower, which is one of the symbols of the Prague ghetto.

A place with a unique charm

Mysterious gravestones layered on top of one another, a game of light and shade, the quiet rustling of branches and a thousand stories which played out here. This is the Old Jewish Cemetery, one of the largest in the world. Thanks to the limited space and Jewish custom, which makes it impossible to disturb old graves, the cemetery has been covered with earth several times, and new graves were created in it. Nowadays, there are as many as twenty layers on top of each other in some places here.